Last year we introduced the 2020 Charity Angels Team from Ergomed-PSR Netherlands and our
planning for 2020 to raise money for Williams Beuren Syndrome.

Williams Beuren Syndrome (WS) is a rare disorder, caused by a microdeletion in chromosome number
7. The lost material contains approximately 20 contiguous genes, with most notably elastin, which is
the “marker gene”. WS is a non-hereditary syndrome that occurs at random and shows a wide
variation in ability from person to person. It can affect brain development in varying degrees,
combined with some physical effects or physical problems. Development is delayed and atypical.
These range from lack of coordination, slight muscle weakness, possible heart defects and occasional
kidney damage. The incidence of WS is thought to be somewhere between 1:7500 to 1:20000.

We organized the New Year’s event at the local PSR office and some activities around Rare Disease
Day, 29 February. In addition, some offices in other countries collected donations for this
organization on Rare Disease Day by doing a great Bake off!

In March COVID-19 started spreading around and all activities were initially postponed but
unfortunately we were forced to cancel them in the end.

The money collected was added to the remaining start-up fee and has been handed over to the
board of the Dutch WS organisation (NVWBS) during a Teams-meeting in March by means of a virtual
check. 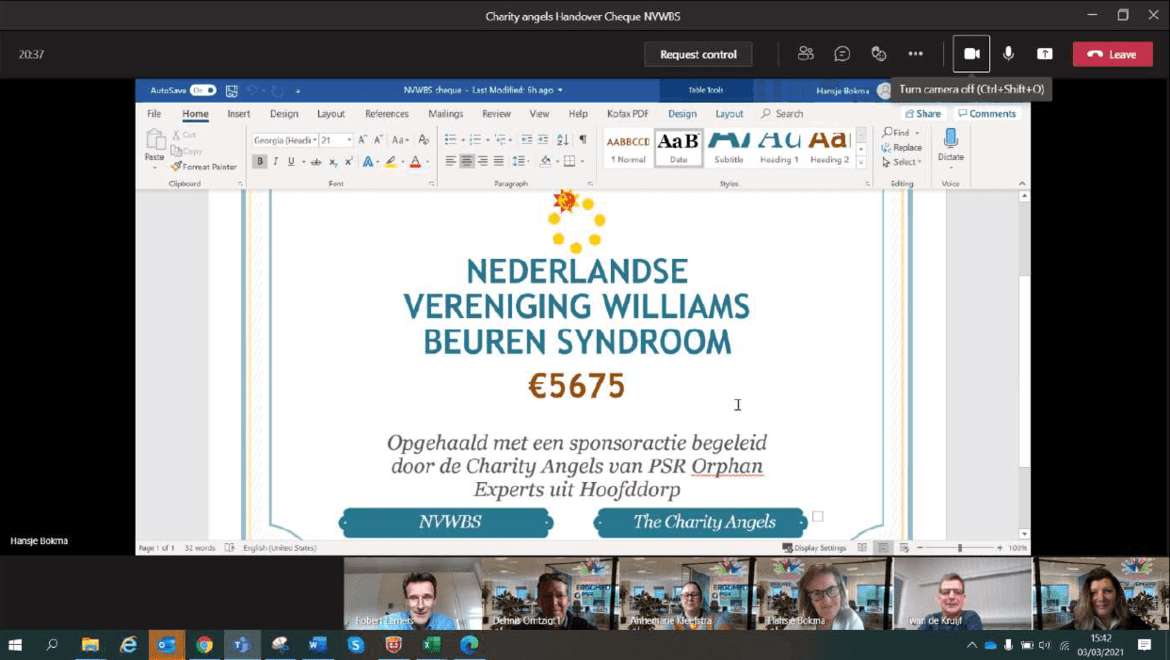 They were overwhelmed and incredibly happy with the donation. The funds will be used for:

- Increasing awareness of WS within the professional environment by creating handout
materials and being present during meetings with paediatricians.

- Creation of a National and International Website for patients and their families and
professionals.

- Supporting the Dutch WS patient organization being the host for the next pan-European
biannual FEWS (European Federation of Williams Syndrome) meeting in the Netherlands in
2021.

Many thanks on behalf of Robert Lamers and Twan de Kruijf of the NVWBS to everybody who made
this a great success. The Charity Angels were happy to coordinate this charity goal for 2020 despite
the pandemic and wish the Williams Beuren Syndrome good luck with spending the donations to
increase the awareness of this rare disease and to provide the patients and their beloved ones a
platform to meet each other and exchange information that matters. 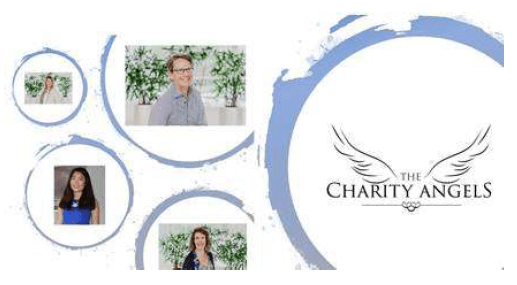